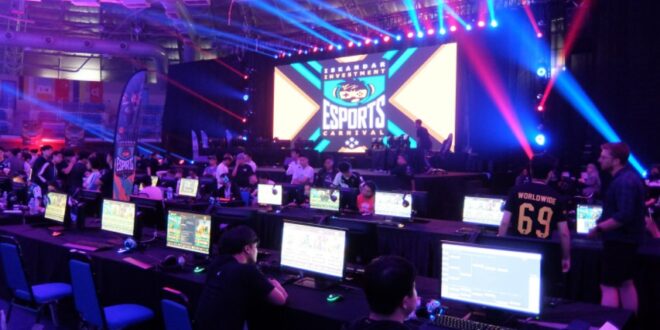 These Are the Biggest Scandals in the History of Esports

Nina Smith August 27, 2021 Gaming Comments Off on These Are the Biggest Scandals in the History of Esports

For many years, there has been a controversy about whether eSports is a sport or not. And no matter how different eSports is from classic sport, they are the same in one thing – they are accompanied by big scandals that leave the entire public around them speechless. Could you have guessed that the biggest scandals in the history of eSports have shaken the industry so much that radical changes had to take place? Are you even aware that many tournament organizers managed prize funds in a corrupt way and were even sexists, while players themselves cheated and rigged matches?

Over the years, there have been several scandals that have stunned the entire eSports public, especially video game fans. The fact is that the public usually doesn’t know what is happening behind closed doors of any organization or event. This could also be the case with eSports tournaments and competitions. It is clear that only the biggest scandals always resonate with the public, but the fact is that there are a million shortcuts that a lot use to reach their goals – in this case, a large prize fund. Tournament organizers and video game developers are often targeted by many, and the biggest scandals in the history of eSports don’t help them avoid it at all.

The iBUYPOWER vs NetCodeGuides Affair

If you are a fan of eSports or a follower of the CS: GO competitive scene, we believe that you have had the opportunity to hear about this scandal, which is one of the biggest in the industry.

The question of the fairness of the match between the North American teams iBUYPOWER and NetCodeGuides that took place in 2014 and resulted in a permanent elimination and further ban on competing of players and other members associated with them in 2016 was raised by journalist Richard Lewis. Doubts about the validity of the match arose because the iBUYPOWER were clear favorites. However, what happened in the end was quite the opposite of what was predicted.

iBUYPOWER played unexpectedly badly. They missed some very easy opportunities, missed ridiculously easy shots, leading to the situation that the opposing team, which was much worse on paper before the match, wins. There were rumors of match-fixing, however, all doubts were dismissed until Lewis published an article in which he included evidence that confirmed the following – several members of iBUYPOWER bet against their own team after which they deliberately lost the match. The article also confirmed that professional player Shahzeb ‘ShahZaM’ Khan also bet against his team. He and several other players wanted to make a huge profit from unexpectedly high bets.

After the evidence confirmed the suspicions, Valve announced bans on four of the five members of the iBUYPOWER. This meant that those involved in match-fixing schemes could no longer participate in events under Valve, and due to the new situation, four professional players were forced to retire.

In this case of match-fixing, the outcome was the same as in the previous one – a permanent ban on participating in competitions for professional Starcraft II players, together with other participants in the embezzlement.

Namely, through thorough planning, Lee ‘Life’ Seung-hyun and Jung ‘Bbyong’ Woo Yong, driven by greed and blinded by the ‘color’ of the money, rigged matches, with the help of several other people, including some brokers. Namely, the agreement was that Life loses two matches and earns $30,000 in return. Life, a guy in whom many swore and considered him an unsurpassed player, was sentenced to 18 months in prison and three years of probation. What a collapse of one of the most successful careers in Starcraft II…

The biggest scandals in the history of eSports have under their auspices the case of disqualification of two entire teams – Dignitas and Curse NA. We go back to 2012 when LoL really paved the way for eSports. The basics, rules, and platform for its competitive scene were still being built during this period, and the first World Championship the year before was crucial to the further course of the game. And everything would be great and flawless if there was no extremely incredible scandal within the Summer Championship of the MLG (Major League Gaming) tournament.

Dignitas and Curse entered the finals and continued to play in an extremely unusual way. Namely, shortly after the match, it was revealed that the teams agreed to share a cash prize worth $ 40,000. Since all forms of manipulation and agreements between teams that intentionally lose or manipulate matches are prohibited, both teams were disqualified. Instead of Dignitas and Curse sharing the prize, $ 40,000 was split between the teams in third, fourth, fifth, and sixth place. Curse publicly apologized to their followers and fans, lamenting the poor decision that cost them their reputation.

Compared to other examples, this event is not so scandalous, but it is certainly inadmissible.

This is definitely one of the biggest scandals in the history of eSports. In 2014, the organizers of the Hearthstone tournament were criticized for sexism. The same organizers banned women from participating in the competition. Can you believe that someone in the 21st century gives himself the right to say that only men can participate in a certain event? One would think that prejudices about women have come to an end a long ago, however, it seems that some things will never change.

The tournament was only open to Finnish male players. And no, the spokesperson for the competition, Markus Koskivirta, was not ashamed to say this and post such a press release. To make the case even more tragic, after the rule was changed, when women were allowed to apply for the competition, a statement was sent to the Polygon website saying that the gender division policy of the International Esports Federation was never sexist, but an attempt to harmonize eSports with traditional sports. Oh, really?!

Verbal and Physical Abuse by a Coach

When we talk about the biggest scandals in the history of eSports, we believe that it is not difficult to imagine verbal and mental abuse happening in this branch, just as in traditional sports, but can you believe that there were also physical ones?

In 2019, members of a young South Korean team that worked on the rise of eSports suffered terrible harassment by a coach. Instead of being glorified, the names of the youngsters were tainted with numerous stories of abuse, both mental and physical. Namely, Kim ‘cvMax’ Dae-ho, the former coach of the Griffin players, was under investigation after he was accused of physically and verbally abusing Choi ‘Sword’ Sung-won. According to players’ testimonies, cvMax often hit players with a planner and grabbed them by the collars. He was found guilty of abuse and punished. The executive director of the team was also banned to work for a long time. This event shocked the Korean eSports community.

Can the biggest scandals in the history of eSports be compared to the biggest scandals of match-fixing in traditional sports? To some extent, they can, but it seems that the situation here is even worse. What do you think, have individuals learned a lesson? Is it clear to those who compete in professional leagues that fraud will not take them far? Or are there still those who are willing to risk everything?

As you know, video games are intended for fun that you can enjoy with your best friends while facing many other players, opponents, on PCs or consoles. Video games are not intended for embezzlement, rigging, and hoaxes. Still, the biggest scandals in the history of eSports say the opposite. If you are a fan of eSports and good odds, visit online bookmakers here with the best ratings of the analysts, which offer generous bonuses and rewards and where you can even put in or make a profit in cryptocurrencies.