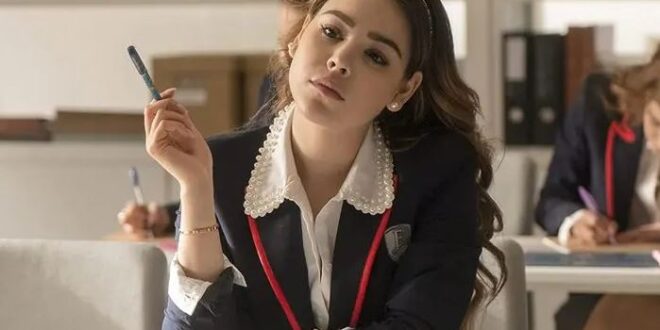 Mexican actress Danna Paola was unknown to international audiences until the premiere of the Netflix crime-drama series Elite. And in Latin America, she was a star from early childhood, and not only in the cinema but also as a singer. Danna Paola has several studio albums in Spanish. 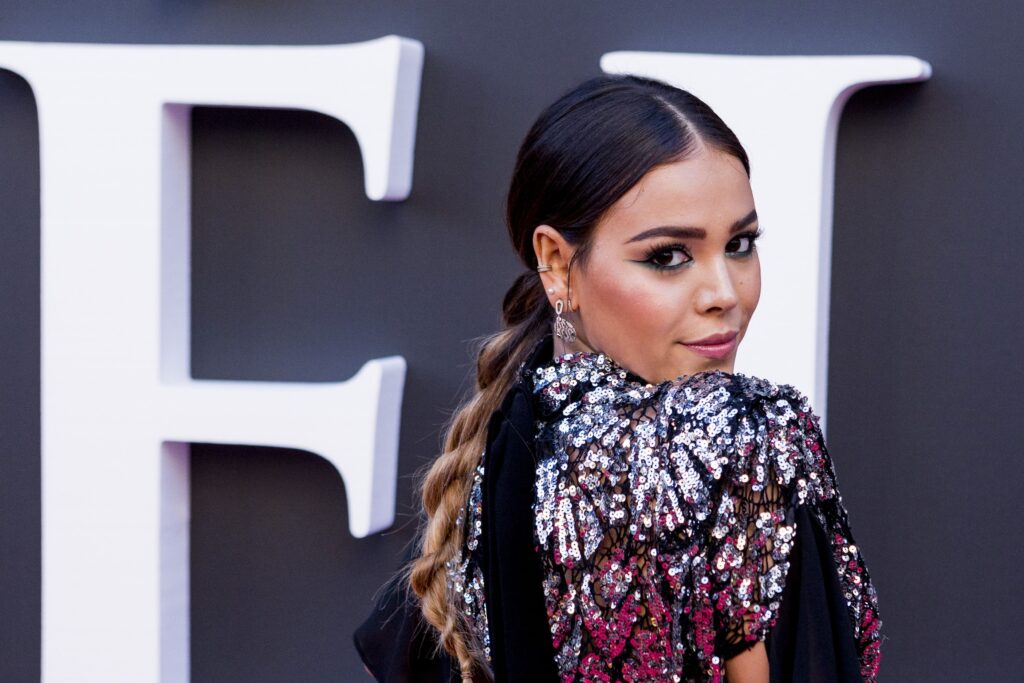 Danna Paola Rivera Mungia was born on June 23, 1995 in Mexico City, the “heart” of Mexico. She is the youngest daughter of Patricia Mungia and Juan José Rivera Arellano, a performer who previously performed in the bands Grupo Ciclón and Los Caminantes.

When the actress was still young, her parents divorced. As it usually happens, the children – Danna Paolo herself and her older sister Vania – remained in the care of their mother. The woman was unemployed, but her talented daughters were able to earn a living on their own. Despite their young age, in 1999 they successfully auditioned for Plaza Sésamo (1999), the Mexican version of the children’s program Sesame Street, and appeared in several episodes.

Danna Paola turned out to be a more gifted child, or the directors examined her more closely. Already at the age of 5, she appeared in the telenovela Rayito de Luz (2000), and a year later she received her first leading role in María Belén (2001), a TV series for children. For her skilful performance, the actress won the Bravo Awards, but the main acquisition was international fame. A doll with her image was even sold in Brazil.

At the same time, Danna Paola realized herself as a singer, releasing her debut studio album Mi Globo Azul (2001) at the suggestion of Universal Music. After its release on Broadway, it began to be called nothing less than the “Curiosity of Latin America”. And all because Danna Paola, as a child, had an incredibly wide range and vocal abilities that amazed the people of the United States and Latin America.

In the wake of popularity, offers poured in from all sides to Dannu Paola. She played the female lead in Pablo y Andrea (2005), the national adaptation of Mark Twain ‘s The Adventures of Tom Sawyer (1876). The actress then appeared in the Mexican remake Atrévete a Soñar (2009) of the popular Argentinean telenovela Patito Feo.

Atrévete a Soñar heralded Danna Paola’s transition from children’s to teenage series. Her music has also matured. If earlier the discography consisted of soundtracks to telenovelas, now these were independent lyrical songs about love and family.

Danna Paola’s personal life became public only after her participation in the crime drama series “Elite”. Since 2018, the actress was credited with an affair with musician Sebastian Yatra. In ” Instagrame ” flashed their joint photograph, the tabloids were full of intimate details of their “novel.”

The situation became very “obvious” when in 2023 Sebastian Yatra broke up with his girlfriend Martina Stoessel, a singer from Argentina, who is known under the pseudonym TINI. And then he released the song No Bailes Sola with Dana Paola.

Unable to keep silent any longer, the actress told in an interview with Mexico’s radio Grupo Formula that her heart is really occupied, but not by Sebastian Yatra, but by another young man. Danna Paola refused to disclose his identity.

The actress is 160 cm tall and weighs 51 kg. Because of these proportions, many consider her a model figure. And others suspect that once Danna Paola resorted to plastic surgery. But the actress herself assures that everything is natural in her. 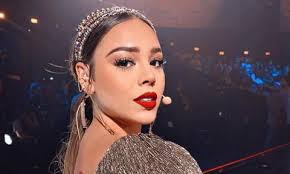 Danna Paola’s “adult” biography began in May 2013, with an audition for Steven Schwartz’s musical “Evil”. The actress claimed the roles of Glinda, the Good Witch of the North, and Elphaba, the Wicked Witch of the West. As a result, the role of the villain turned out to be more to her liking.

Evil premiered in October 2013 at Teatro Telcel, the main theater venue in Mexico City. The appearance of Danna Paola was well received by critics, and the production itself was a commercial success: in the first 10 weeks, viewers bought more than 100 thousand tickets. As a result, “Evil” became one of the most successful performances in the history of Mexico.

Danna Paola herself broke the record. At the time of the premiere, she was only 18 years old, and she became the youngest girl ever to play Elfaba on the professional stage. As a result, the actress has appeared in over 300 performances.

The loudest and so far the most famous project outside Latin America with the participation of Danna Paola is the Netflix series “Elite”. It combines elements of drama, crime and horror. In the center of the plot are teenagers who are transferred to a prestigious school for the “golden youth”. The guys immediately become the subject of ridicule.

The action of the series “Elite” takes place in Spain, so the casting was held in Latin America. As a result, Jorge Lopez, Esther Exposito, Alvaro Rico, Miguel Bernardo, Aron Piper, and others became Danna Paola’s partners on the set.

The audience fell in love with the series “Elite”. According to Netflix, the pilot season was estimated by more than 20 million viewers around the world, including in Russia and the CIS countries. Therefore, the continuation of the project was only a matter of time. The premiere of the third, and so far the most recent, the season took place in March 2023.

Despite the path traveled, in the biography of Danna Paola, everything is ahead. Her participation in the series “Elite” came to an end: in July 2023, Netflix announced the start of filming for the 4th season, but the actress was among those who were not taken into account in the script. But even without this, her filmography has something to replenish with: television programs and even full-length films.