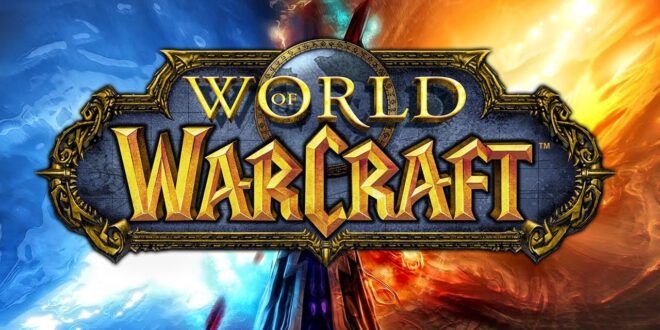 Katrina Richardson November 17, 2021 Gaming Comments Off on Is World of Warcraft the Most Popular MMORPG Game of All Time

Computer games are something that has always been interesting to people. It is the best refuge for them from daily responsibilities and daily stress. Why? Because they provide real relaxation that can not be achieved otherwise. Simply in the past 25 years so many games have been played that it can be freely confirmed that there is nothing better than computer games, and proof of that is the love that people who want to play these games have. It is the most interesting and desirable hobby, and especially when it comes to younger audiences (which does not mean that adults do not want to enjoy playing computer games).

There are a number of types of games. When we say a number of types of games we mean categories that have been invented and created over time. Some of them were interesting for the players at a certain moment, but at a certain moment they became available to them, and there are such categories that have not lost their popularity over the years. One such category is the category of MMORPG games, which in recent years has primarily increased the supply of games, but also which in recent years has become more and more popular precisely because there is a larger and larger offer, but also invests in improving pre-existing games. World of Warcraft also falls into this category.

World of Warcraft is a computer game that has existed for almost 20 years and which has never become boring for gamers. It is a game that is part of the category MMORPG, ie Massively multiplayer online role-playing games, which in addition to this game include a number of other games. It is a computer product that has proven to be great for many years, constantly investing in improvements, but also in the opportunities it offers. So let’s take a look at what the MMORPG category means, and then see if World of Warcraft is the most popular option in this category of all time and if so why. Let’s get started!

What is meant by the name MMORPG – A massively multiplayer online role-playing game?

We are sure that you have come across this term at least once, but we were also sure that this term was unclear to you from the very beginning, but we are here to give you a little explanation of what this term means. Therefore, MMORPG or Massively multiplayer online role-playing game is a group of games that includes games in which it primarily has a role, ie you as a player is in the role of a character who is part of the game, but also and games that are played online and played by a huge number of players at the same time. Yes, this group also includes World of Warcraft, which we can proudly say is one of the first games of this nature to join the group. Now let’s see together if World of Warcraft is the most popular game in this category.

Is World of Warcraft the most popular computer edition of the MMORPG group?

There is a dilemma that grows over the years, and that is the dilemma of whether World of Warcraft is the most popular game in the category of Massively multiplayer online role-playing games. The answer is yes, this game is the most popular edition in this category. Wondering why this is so? We bring you an answer. This edition has been present for a long time as an option for gamers and it makes it popular if we add the numbers over the years that will give us information about how much this edition was played by gamers. Then the proof of that is that we are constantly investing in improving this game, investing in meeting the demands of gamers, and many other things that will only confirm why this is so. Want specific examples? Here are 3 strong reasons why World of Warcraft is the most popular computer edition of the MMORPG group.

To get closer to the point of popularity of World of Warcraft we decided to bring you 3 reasons why this computer edition is so popular among gamers. So let’s see together.

1. You can easily progress in playing World of Warcraft – if something is very important for a player, then it is that each of them wants to progress in the performance they have in the computer edition they are playing, and in this case, it is this edition. It is an option that offers every player to be better and progress easily, and even if you can not progress if you follow a famous YouTuber or follow some tips you will easily get the directions you need to progress.

2. If you do not progress there are opportunities to boost your performance – if something is good in World of Warcraft then it is the option that offers the ability to easily and quickly boost, ie add strength so you can be as good as possible in playing the game. If you have already tried to do something better and more and it did not work for you, then it is time to try something like this and improve, and you will get more for this option if you go to https://buy-boost.com/wow.

What can we conclude? World of Warcraft is not only the best game in the Massively multiplayer online role-playing game group, which we have proven today, but it is also the best, most favorable option of all time that has ever appeared, as evidenced by the numbers that constantly speak of the success of this edition. So enjoy the opportunities that World of Warcraft offers you.

Previous 6 Things To Check Before Replacing Your House Door Locks
Next Does CBN Oil Expire? Average Shelf Life and How to Extend