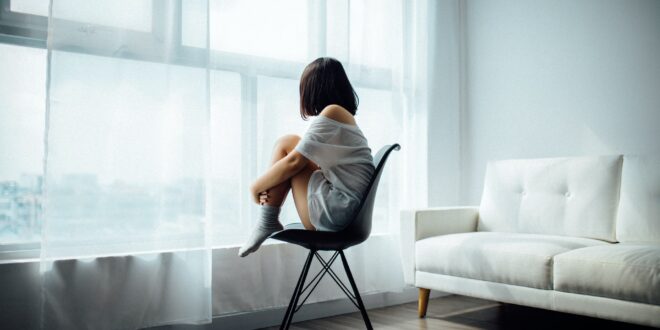 Bollywood may be best-known for its rich, other-worldly scenes in which beautiful, well-dressed people serenade one another with passionate, hypnotic singing and dancing. But a string of celebrity suicides in recent years has shed light on a tragic, behind-the-scenes reality: the problem of mental illness. It’s an issue that more and more Bollywood stars have shared their personal experiences with, including anxiety, depression, substance abuse, and other disorders.

As a performer myself, I’m familiar with the stressors that uniquely affect people in the entertainment industry, giving rise to mental health problems. But there’s hope. In my work as a music therapist, I’ve also seen firsthand how treatment can help many, many people live a happy and healthy life. (Explore how residential psychiatric care at FHE Health is helping many people find hope and healing.)

While it may be tempting to think that being rich and famous or very beautiful can make a person immune to anxiety, depression, or other mental health issues, this notion is false. In the year 2022 alone, multiple Bollywood actors reportedly took their own life:

The list of Bollywood celebrities struck down by depression and mental illness goes on. But these are just some of the big names now remembered as casualties of suicide. Their wealth and fame did not protect them from mental health issues, because anxiety, mood disorders, and substance abuse are medical conditions. Just as asthma, diabetes, and blood pressure can happen to anyone, so, too, can mental illness and addiction.

While there may be a link between celebrity status and susceptibility to mental health disorders—more on that in a bit—this trend in Bollywood points to a larger, worrisome trend. An article in The Economic Times, reporting in 2019 on data from the World Health Organization, shared that mental illness accounts for one-sixth of all health-related disorders globally. Strikingly, mental illness in India accounted for nearly 15 percent of that share.

“By next year, roughly 20 percent of India will suffer from some form of mental illness,” the same article projected, noting at the time of its publication that India had “less than 4000” mental health experts “available.” That was before the pandemic, which only increased rates of mental illness and substance abuse worldwide.

Anxiety, depression, and other disorders like substance abuse are often heavily tied to stress (both chronic and traumatic stress)

As graced an existence as it might seem to those on the outside, life as a celebrity can be very stressful. The strain of always being in the public eye and subject to constant scrutiny and criticism can be very heavy. The pressure to perform and to look beautiful even when the cameras aren’t rolling can be intense. Then there are the body image worries and the added distance in relationships, amplifying a sense of loneliness and isolation.

These factors and others can create a perfect storm of stress that triggers a mental health condition— because mental illness, like so many health issues, is often brought on by stress. For example, researchers have traced the origins of mental illness all the way back to childhood experiences of abuse and mistreatment.

In a similar vein, many people who develop a drug or alcohol addiction are using drugs or alcohol to “self-medicate” or soothe feelings or memories related to earlier trauma. Often the long-term effects of traumatic experiences like sexual abuse during childhood can resurface later in adulthood as difficult and disturbing thoughts, emotions, and sensations.

But chronic stress can also have a negative impact on the brain and mental health. For example, scientists at the University of Berkeley have been able to show how chronic stress produces long-term changes in the brain, which may explain why some people develop anxiety and mood disorders like depression.

“Stigma” refers to the negative, judgmental stereotypes about people with mental illness or addiction that still pervade our society. Stigma feeds the misperception that “I’m crazy because I have depression” or “I’m a bad person because I can’t control my drinking.” Such fallacies are dangerous because they can cause a person to feel hopeless and helpless about their condition and ashamed to seek medical care. The stigmatization of these disorders helps to explain how even a big-name Bollywood star with an abundance of resources can cave in to despair and take their own life.

Like stigma, a shortage of nationwide treatment options is an obstacle to better mental health and recovery for many people— not just in India but in other countries also. In the U.S., for example, this gap in treatment is evident in the statistic that only one in 10 people with a substance abuse problem will get treatment. “Deaths of despair” in the U.S. similar to those in Bollywood are a gripping and tragic reminder of what can happen to anyone when treatment isn’t available, regardless of nationality.

In recent years, more and more Bollywood celebrities have been open about their struggles with mental health. This vulnerability takes courage. It’s also a pathway to healing, self-acceptance, and deeper human connection, which are building blocks of good mental health.

The healing power of vulnerability extends to others as well. By being honest about their anxiety or depression and their need for treatment, a person gives those around them permission to share their own struggles. In this sense, vulnerability builds bridges of support between people. The more and more bridges we build, the greater the public awareness about mental health and addiction— and the more support people will have to seek the treatment they need to get better.

This article was provided by musician Gary Wayne, who directs the music and fine arts therapy program at FHE Health, a national behavioral health provider.