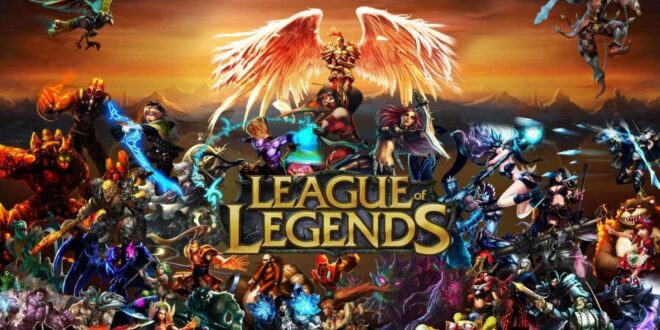 7 Simple Tips That Will Improve Your LOL Gaming Skills Considerably

League of Legends is still one of the most popular PC games despite being released over 12 years ago. As a matter of fact, this game has transcended into the world of Esports and is being played competitively for multi-million dollar prize pools. Therefore, we feel like it’s safe to say that getting better at this game would not only be fun but also potentially lucrative.

If you’ve played your fair share of games in your lifetime, you know that there are many different methods to improve your in-game skills, but what you also know is that those same methods differ from game to game.

On that note, we’ve decided to give you a few simple but very efficient tips on how to considerably improve your League of Legends gaming skills. So, without further ado – let’s get started!

No tip in the world is going to be enough if you don’t put the work in. Getting better at games is just like getting better at anything else in life – it’s hard, and it takes time.

Playing a few games casually here and there won’t take you far, but once you put in hundreds or even thousands of hours into a game, you will inevitably get much better at it. It’s the way things work. You play more, you get familiar with the game, your muscle memory sets in, you develop strategies, and so on.

On that note, our first tip to you would be to put in the work. Or, in this case – play the game!

If you are a beginner and you want to improve quickly – don’t skip the unranked matches no matter how boring they might feel. They are necessary for you to get the basics down and get a feel of how the game works. Without it, you’ll have no foundation, and without foundation – you’ll have nothing to build on.

Now, we know it might be appealing to just skip this and go straight to ranked, but that’s not going to get you anywhere. Also, grinding goes a long way, but if you’re already experienced and you’re just starting from a new account – feel free to buy a league of legends account, so you don’t have to start from scratch.

3. Stick To Your Role

At this point, we’re getting kind of serious, so listen carefully. If you really want to excel at this game, don’t go switching roles every game. This is not a “jack of all trades” kind of game. In order for you to get better at LOL, you have to focus on the main role and grind it out in Ranked. Not only will this increase your chances of winning, but it’ll also make you better at the game in the long run.

Unlike other games where you’re randomly assigned roles, characters, or champions, LOL gives you an ability to settle into a certain role, and you must take advantage of it. For instance, let’s assume you’ve decided to put “Fill” as your preferred role, and you get assigned Jungler. Even though Jungler is as essential as Top Laner, you’ve never played Jungler before, and you’re going against a player that’s Jungler OTP. What does that mean, you wonder? Well, that means you’re toast. Kaput. Finito.

So, for starters, stick to one role and grind it out until you’ve mastered it. Only then can you switch to another one, and then another one, until you master them all. But until then – stick to your role!

4. Stick To Your Characters

Just like it was the case with roles, switching characters won’t do you a lot of good. Sure, it might be fun for you to switch it up from time to time, but if you’re serious about pushing rank – you’ll have to stick to the characters you know the best.

Unlike roles, you don’t have to settle for a single character, but then again, choose no more than 5 for your rotation. If you’re new – stick with two and work your way up.

Now, some might say that this is a one-trick gimmick, but that would be like telling a professional boxer he’s not good because he’s not practising MMA. Ignore all that and just focus on a few characters early on. At this point, it’s just about getting familiar with the game and making the most out of it. And, the best way to do that is by sticking with the characters you’re familiar with.

Warding is one of the most overlooked and underrated tools in the entire game. It helps players get insight and useful information about the enemies. We mean, why wouldn’t you want useful information on your enemies? Don’t you like to win games?

Well, if you do, then you should know that warding will make you play better and also win more. And, in our book, if that doesn’t count as honing your skills – we don’t know what does.

Finally, in a game such as LOL, you won’t get far without a developed strategy. And, once again, we have to be fair – this won’t happen over night. A good push and pull back strategy is really hard to master, even though the initial concept is quite simple to understand, and the most common mistake people make in this game is managing minion waves, but we won’t get into detail on that one. Either way, learn how to execute a plan a strategy, and you should be golden.

Whether you want to join the collegiate league or not, you’ll certainly get better if you decide to play with someone better than yourself. By being in the same game and on the same team with someone better than you will allow you to pick their brain and learn a few things along the way. Also, it’ll be less boring to play with a friend than it would be to play alone.

There you go. Those were the seven simple, efficient tips on how to get better at LOL. We can only hope you’ve found it helpful. Good luck!