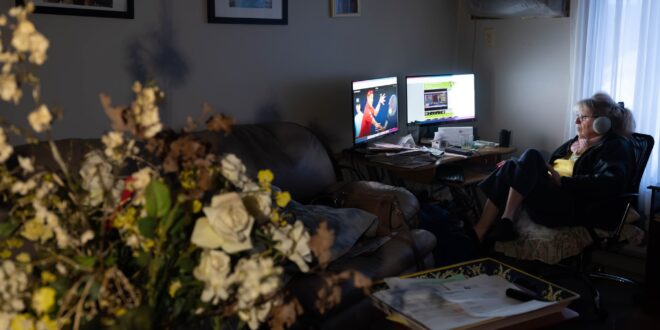 Have you always had the will and time to do those mandatory school reading tasks? How many times have you downloaded a movie to get familiar with the content of a novel in a faster and more fun way? Numerous great works of classical and modern literature served as motivation to film and theater directors and inspired some remarkable masterpieces.

Many will say that literal values ​​usually get lost through screening. Yet, it isn’t really convenient to compare these two – the heroes and events described in books gain a whole new dimension on the big screen. By adapting the text you can find on the pages of your favorite book, the filmmakers turn the written word into moving images, giving us a new and unique experience.

Dramas, historical novels, epic fantasy, science fiction… These are the most commonly screened pieces. Just remember the unforgettable vibe of all those TV series based on the crime novels by Arthur Conan Doyle or Agatha Christie. The works of Shakespeare, Dostoevsky, Dickens, Hemingway, Stephen King, Tolkien, and many other famous writers have been repeatedly transformed into movies or TV shows, gaining a new audience all around the world.

Their novels deal with topics that always belong to trends, so they’re also a true challenge for screenwriters and directors. Each one of them can be approached in many different ways, so it’s not uncommon for them to experience a modern, colorful remake a few years later.

The audience got used to expecting dozens of new book-based achievements each year. The coronavirus pandemic has made filming and production difficult, which has changed the dates of many premieres or even rescheduled them for the next year. Still, fans of the book-to-movie adaptations can still find a few titles that may perfectly match their TV or cinema taste.

This is a real drama for archeology lovers, in the form of an adapted novel by John Preston. It’s a  film based on a true story about massive excavations of Anglo-Saxon history. The cast featuring Ralph Fiennes, Lily James, and Carey Mulligan and some pretty positive reviews from critics guarantees some real fun!

‘Journey to Hell’ is a fantastic blend of atmospheric horror and thriller, based on John Bunyan’s best-selling novel. A story full of twists and unexpected solutions focuses on a man who travels to hell after renouncing Christ. Interesting, exciting, and multi-layered drama with carefully done characterization will nail you to the screen to the very end.

At the moment, the movie is hitting VOD but even though that is the case, they prepare for a theater release this fall! Make sure you prepare for such an event and be ready to clear your schedule once we announce the release date. You will be able to enjoy one of the first Christian movies about hell on the silver screen.

Have you heard about this Netflix series yet? If you didn’t, you should definitely check this psychological thriller based on one of the bestsellers written by Sarah Pinborough. It’s about a single mother who starts an affair with her boss and, at the same time, develops a weird friendship with his wife.

This is a film adaptation of the namesake novel of Aravind Adiga. IIn the very core of the story, we have a  young and ambitious driver named Balram Halwai – the White Tiger. His relationships with the wealthy family for which he works describe modern castes in contemporary Indian society, but we won’t reveal everything – you will need to check it out yourself!

Those Who Wish Me Dead

Here we have an action thriller directed by well-known Taylor Sheridan and enriched with the presence of Angelina Jolie as the lead actress. Based on the book by Michael Koryta, it’s the story of the escape of a fourteen-year-old girl, an eyewitness to a terrifying murder.

‘Dune’ is a science fiction and adventure movie dealing with the events from the book of the same name by Frank Herbert. Due to the extensive content of this literary work, two parts of the film are planned within the accompanying mini-series named ‘Sisterhood’. Director Denis Villeneuve has brought a modern and refreshing vibe to this already processed story.

Death on the Nile

This is Agatha Christie’s well-known crime novel adapted by Kenneth Branagh, who also plays the role of Hercule Poirot. This is a continuation of the collaboration of the team that recorded “Murder in the Orient Express” in 2017.

It’s a film adaptation of D. Eric Maikranz’s super creative sci-fi story called ‘The Reincarnationist Papers’. It is about a secret society of people who remember their past lives in detail. Using the ability they have, they influence some changes in the present, making unforgettable twists.

‘Fatherhood’ is an adaptation of a true story told by Matthew Logelin in his novel ‘Two Kisses for Maddy: A Memoir of Loss and Love’. This is an emotional drama in which a father takes care of his newborn daughter after the loss of his wife. The main role was entrusted to Kevin Hart, while the director was Paul Weitz.

Have you heard about a Pulitzer Prize-winning novel by Walter Dean Myers, describing the trial of a 17-year-old man accused of murder? This story of racial conflicts in America debuted as a movie at Sundance in 2018 before Netflix bought the rights to show it.

This is a comedy based on the novel by Patrick DeWitt. Using black humor, he leads us through the ups and downs of a widow leaving New York to spend the rest of her life with her son in Paris. The widow, who spends her inheritance on a luxurious life, is played by Michelle Pfeiffer and her son by Lucas Hedges. If you want to have a few laughs, this movie will absolutely help you cheer up and forget about problems!

The movie ‘Chaos Walking’ is based on the science fiction novel ‘The Knife of Never Letting Go’, which is the first part of Patrick Ness’s trilogy. After ten years and a whirlwind of changes, this story was turned into pictures, showing a twelve-year-old boy who is fleeing the city of men, where everyone hears everyone’s thoughts. When he meets the only surviving girl, he realizes that something terrible has gone wrong in the world he knows. If you like Daisy Ridley and Tom Holland, this should be the perfect match for you.