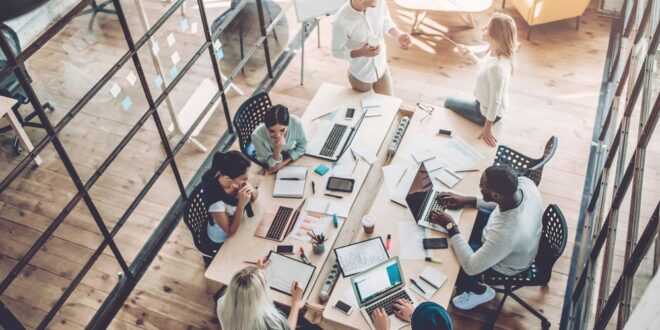 5 Things To Know About Workplace Drug Testing In New York

Many companies often perform unannounced drug tests on their employees, so they can have a real picture of what’s happening among them all. In some industries this is mandatory, and others can do that occasionally, depending on the working policies.

In general, in New York, the employer can’t test the employees for cannabis, since it’s not prohibited, but there are cases when it’s possible if they have some specific policies when it comes to drugs. If that’s the case, the employees must be informed, and the company needs to have transparent communication with the people who work for them all the time.

But, today, we will talk about the things regulated with the federal law, not the exceptions. If you work in New York, there are a few things you need to know about potential drug testing at work.

Legislative changes no longer allow employers to refuse to hire, fire, or discriminate against an employee based on their consumption of cannabis products. Employees, on the other hand, are required to abide by federal workplace safety rules, even if it involves using cannabis products at work. Every employer must state the rules, ie the code of conduct in the company, in accordance with the laws. Of course, if employees violate the rules of work, create delays in the work process and cause problems with their behavior, the employer can initiate disciplinary proceedings and report it to the appropriate department dealing with drug abuse.

If the employee thinks that there is an abuse of position in these cases and that the employer is behaving inappropriately due to some findings of the presence of drugs in the person, then according to Health Street, they can file a complaint to avoid any injustice. However, things are not so black or white and there are many other things that need to be understood in order to be implemented properly.

This law is in effect from March 2022, in New York, as the Marijuana Regulation and Taxation Act, but applies to persons over 21 years of age. Under this act, employers in NY are strictly forbidden to make any decisions related to a positive marijuana test. However, keep a few things in mind:

1. There are specific industries where work under the influence of psychotropic substances is strictly prohibited

Employees must be aware of this, as even the law itself defines certain industries where one must not work under the influence of any drug. Such an example is transporting, but also machine management. In such exceptions, the employer still has the right to order drug testing for employees. Therefore, each of the stakeholders must be informed how far the bans go and where the red line is that must not be exceeded. This prohibition may not always apply, especially if the job is specific and requires focus and proper motor skills and reflexes.

2. Private companies may be an exception to federal law

When registering a company, if it states that it is engaged in a specific activity in which the employee must not be under the influence of even the weakest drug, it can be exempted from the rules. Of course, this must be coordinated with state and federal laws, but also to report the specific condition under which the testing will take place as needed. All this is regulated by the agreement between the employer and the employee, ie the employee must be informed about the existence of such conditions. This is common in private businesses and any homeowner can regulate the conditions internally by getting permission to perform drug tests if needed.

3. There are other legal consequences that the employee can refer to

New York has no limits on on-the-job drug testing. Thus, employees can refer to other claims, in terms of how the testing took place. However, this does not mean that they are right. However, it should be noted that if there is a suspicion of discrimination based on physical disability, illness, race, religion, gender, or age, then charges may be brought against the employer. Invasion of privacy is also a form of violence against workers’ rights. In some cases (meaning not always), requesting a urine sample is an invasion of privacy. Also, if a counterfeit result is noticed, the worker can report it, especially if he is sure that he has not been exposed to any drugs in the last few weeks.

4. There are exceptions to every rule

Although the law does not define strict rules against marijuana use, however, when it comes to other drugs, the employer should act in accordance with the labor code and, if necessary, report the case to an appropriate institution. This happens if cannabis consumption reduces the employee’s skills, performance, efficiency, does not meet the assigned tasks contributes to losses for the company, and at the same time endangers the safety of other workers. No privacy justifies disrupting the work process and putting colleagues in different kinds of danger.

5. Medical marijuana is an exception

Due to various health conditions, some people take marijuana based on a doctor’s recommendation. In such cases, they should report to the employer. A mitigating circumstance is that in such preparations there is almost no THC, ie the psychotropic substance is present in a negligibly small amount. But the worker must not abuse this to his advantage, as abuse can easily be noticed, which is different from the medical use of cannabis products.

Due to legal changes to existing acts, many workers feel that their employer has no right to test for the presence of drugs. However, as we have repeatedly stated in this text, there are exceptional situations in which such tests are mandatory. In fact, the rules apply to recreational and medical use of cannabis products, which do not disrupt the work process and work ethic in any way. Even possession of marijuana is limited to 3 ounces, and anything above that is punishable under federal law. Therefore, personal responsibility is before any recreation and enjoyment.