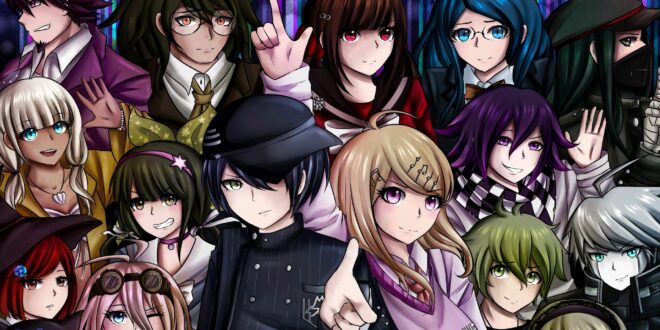 Kazutaka Kodaka’s Danganronpa is an adventure-based game series that has gained great popularity. Monokuma the assassinator bear, is surely going to steal all your precious attention. While the first three versions of this game are already published, the fans are waiting for the release of its 4th version.

A Peek Into The Game Story

It has a very interesting plot at the Hope’s Peak Academy where a robot bear, Monokuma and the students steal all the thrill of the game. All the students are trapped inside the academy and then comes Monokuma.

As soon as the robot enters the Academy it compels the students to kill their classmates one by one on a trial format. One after the other, the students are given a chance to set themselves free from the trap, and in the process of escaping each of them gets killed by the crazy robo bear. As each student gets killed, some time is given to all the other students to investigate the case before they appear for trial. Finally, the one who is found out to be guilty is judicially killed by Monokuma.

Brian Beacock, Nobuyo Oyama and Tarako, a very talented team of artists, have contributed their voices to the real villain of the story Monokuma the killer bear.

The male protagonist, Makoto Naegi is given a suitable heroic voice by Bryce Papenbrook and Megumi Ogata. Whereas the female lead of Kyoko Kirigiri receives her beautiful voice from artists Erika Harlacher and Yoko Hikasa.

To date, there has been no declaration regarding the upcoming version of the game. However, Spike Chunsoft the developer of the game had aired a short video in 2022, with a short recap of the previous releases and an invite from Monokuma to join in the new adventure coming up.

Things You May Want To Know About Danganronpa 4

With the launch of a small teaser that was released in 2022 the fans are wondering as to why the game is still not launched. Danganronpa lovers are still waiting for the launch of a new game. Hopefully, the expectations will not be all in vain. Though no news is recently heard about its launch, yet it is anticipated that as per the teaser, a more promising and exciting game will be out soon for the fans.

After fetching such high interest and demand from the players, the creator and developer team must come out with another game with some more excitement for the fans. After Trigger Happy Havoc, Goodbye Despair and Killing Harmony series will there be more? This question remains unanswered until it is launched.