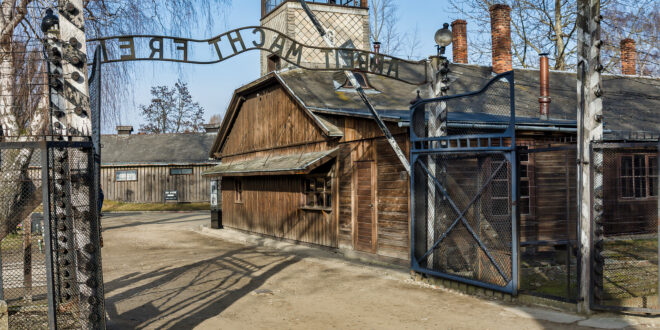 Nina Smith December 20, 2021 Life Comments Off on A Day of the War – The Liberation of the Auschwitz Birkenau Camp

On January 27, 1945, the Auschwitz-Birkenau camp was captured by Soviet Army soldiers. In order to respect and preserve the memory of all the people murdered by German soldiers and criminals there during World War II, in November 2005. The UN General Assembly passed a resolution on the International Holocaust Remembrance Day. It is celebrated every year on the day of the liberation of the Auschwitz-Birkenau camp.

What people experience and see will surely touch them 100 times more than their imagination and the stimuli of television or books. A trip to a place like a concentration camp will bring history closer to you and give you permission to slow down and think about what is really important.

Visit the Auschwitz-Birkenau Memorial and Museum with KrakowDirect. Discover the dark and gripping past of the concentration camps and see the surviving buildings and authentic artifacts of the time on an unforgettable tour with a licensed and knowledgeable guide. This company provides you with a comfortable transfer from Krakow to Auschwitz and back, with a qualified guide and entrance fees included in the price of the tour. Of course, you can also go on your own and drive to Auschwitz. It is a town located about 60 km west of Krakow. It is well-connected with Krakow and Katowice. Public transport such as buses and trains run to and from Oswiecim several times a day to ensure that tourists get to this important and popular destination.

Under what circumstances were the Auschwitz-Birkenau death camps liberated?

In the midday hours of 27 January 1945, soldiers from the Soviet army captured a part of the Auschwitz camp area, located in the eastern part of Oświęcim, the former camp there called Auschwitz III-Monowitz. By the afternoon, they had already managed to get into the first camp, called Auschwitz I, and west of Oświęcim, in the village of Brzezinka, Auschwitz II-Birkenau. More than 240 Soviet soldiers were killed in battles with German troops.

In the second part of 1944, protecting themselves from the Soviet invasion, the Germans began thorough preparations for the elimination of the concentration camps and final extermination. Between August 1944 and early 1945, more than 65 thousand prisoners were evacuated from Auschwitz-Birkenau. Countless prisoners died there of exhaustion, starvation, and freezing cold. In addition, those who tried to escape during the march and those who fell behind because of weakness were murdered. In the late autumn of the same year, some of the prisoners who had been forced to work in the gas chambers and crematoria were also killed, that is, many members of the Sonderkommando.

After more than four years of murderous activity, the camp was captured and taken over by activists and soldiers of Ukrainian Front Army origin. At that time, the camp held more than 7,000 prisoners, including as many as 500 young children. These numbers are truly horrifying. Most of the survivors required emergency medical assistance or even severe treatment. The first aid to the prisoners in this camp was given on a regular basis by the local doctors, qualified nurses, and good orderlies. The great help is given to the suffering prisoners by Polish volunteers, residents of the town of Oświęcim, was also not to be underestimated. Even so, many people died. The concentration camp located on the grounds of the Polish town of Oświęcim, Auschwitz, was reportedly the largest Nazi concentration camp and extermination site. Over a million victims died there, mostly Jews, but also Poles, Roma, Soviet POWs, and prisoners of other nationalities.

What is the name Auschwitz now associated with Poland and around the world? How widespread is knowledge of what happened there?

The name Auschwitz is associated in Poland and around the world primarily with the Shoah. Over a million Jews were murdered there, the most of any other place of human tragedy. That is why Auschwitz-Birkenau has become the symbol of the Shoah. Certain buildings of the former camp have also become icons of death and extermination. First, we should mention the gate in the former camp with the characteristic inscription Arbeit Macht Frei and the so-called Death Gate in the former Birkenau. It was the Holocaust that became a very important part of the foundation of the postwar changes in law, international relations, in the perception of ethics, history, or even theology.

Based on today’s knowledge of the events at Auschwitz-Birkenau, during the Holocaust, which is everywhere considered sufficient evidence or key symbols of the universal evil linked to the mass extermination of humanity, we fail to see that the events of those years – from 1933 to 1944 – are quite close to what is happening today in our neighbors: in Belarus, Ukraine, Lithuania or Latvia. Although today’s Europe is vibrant, its active writers and politicians are totally absorbed in the subject of mass death. Torture of European civilians in the 1930s and 1940s is a concrete point of reference and all kinds of discussions on today’s political scene. History should teach us what violence, hostility, and war end. No one would rather experience what took place in concentration camps, not only in Auschwitz because unfortunately there were many more.

Nowadays, we should appreciate 10 times more the fact that we have something to eat, that we have equality and freedom, that maybe not everywhere, but in most countries in the world the rights of other people and our faith are respected. The fact that we have something to wear, that we are warm in winter, and that technology improves our lives all the time. Thanks to some history, stories, and the memory of those victims, we can learn about their lives, and we can only sympathize with them and keep the memory and respect. Let’s use the lessons of history and learn from them, educating the youth and making sure history doesn’t loopback.