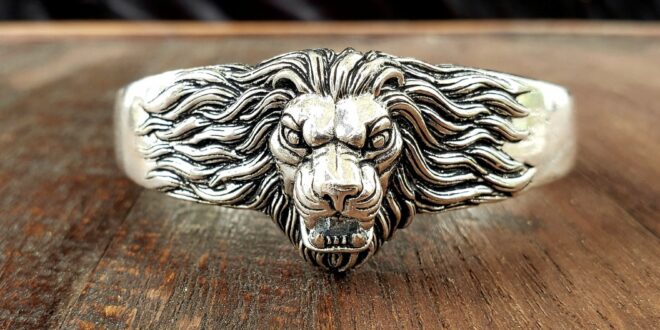 Different people enjoy wearing different jewelry, so we could say that individuals choose to wear particular pieces depending on numerous factors, out of what style, trend, astrological sign, or even a special occasion are worth mentioning. Whatever the reason for selecting a particular piece of jewelry might be, we should emphasize that behind every symbol or pendant one decides to wear there is a unique story, whether the wearer is aware of it or not. The aforementioned brings us to the topic of today’s article, so, feel free to read the following lines and learn about things you need to know about wearing lion jewelry. We all know the lion is the king of the animal kingdom, but what role does it have when you use it as a piece of jewelry?

As we have mentioned in our introduction, Lions are considered one of the most dominant figures in the animal kingdom, not solely because they appear to be the strongest, but also because the behavior of male lions resembles one of the kings. There is hardly a better depiction of a dominant figure than that of a lion proudly resting while gently staring at the sunset. A lion knows that he is the ruler of animals, and it is the humans who have crowned him king. Reasonably, a person who wears a lion symbol wants to send a message, that is as clear as a day, and that is they are the ones who pull the strings.

The role of any king is to protect his subjects, but what power could he have without his queen? In the animal kingdom, the role of a lioness is sometimes even more important than that of the king itself. Namely, it is the female who hunts and provides the food for the pack, while males solely enjoy the fruits of the hard labor of their significant halves. Also, the lionesses are the ones who care for their offspring and whose future would be questionable if there were not for their mother’s dedicated parenting. Therefore, if you see a lady wearing a lion, or even better, a lioness symbol as a piece of jewelry, you can be sure that you are in a company of a strong, dedicated woman who would do whatever it takes to protect what is rightfully hers.

Whether you are a passionate enthusiast or just an occasional fan of the zodiac, we are certain that you know what signs you and your friends and family are. The opinions about wearing your zodiac sign as a piece of jewelry are divided since there are the ones who enjoy emphasizing their affiliation, while others keep it out of curious glances. When the sign of Leo is in question, we could say that those persons are known as confident, cheerful, beloved, and cherished for their bravery, so they do not really need a piece of jewelry to be recognized as such. On the other hand, a great deal of Leos enjoys highlighting their zodiac sign as if they were claiming their throne, so do not be surprised if you see a Leo wearing a Leo insignia as jewelry. At hngn.com you can find additional info on what particular lion jewelry pieces stand for and learn in what way you can enhance either somebody’s close to you or your jewelry own collection with an adequate piece.

Many different cultures have associated themselves with different animals, so it is reasonable that numerous individuals today believe they have some sort of a spirit animal that either protects them in a way, or it represents their most prominent features. Thus, some people believe that lions are their spirit animals, and they pay respect to them by wearing depictions of lions as pieces of jewelry. Now, a lion symbol might be worn as a pendant on a neck chain or as a part of a bracelet, while it can also be worn as engraving on a ring. Likewise, different depictions suit different characters, so you might encounter people wearing crowned, roaring, enraged, or even calm lions, all in order to show to the world what their spirit animal is.

Different dynasties used various animals as protective symbols and characteristically depicted insignias to make others aware of their rightful reign. If you would start studying medieval history, you would find animals such as two-headed eagles, wolves, bears, boars, and, who would say, the most frequently used, lion. Reasonably, royal families used to forge jewelry pieces materializing their coat of arms and pass it through generations. Unfortunately, many of those pieces were stolen and have become a part of private collections, while a significant number of lion-shaped jewelry with historical value remained within the boundaries of once noble families. On the other hand, some royal families, such as the British royal family, still use lions as part of both of their coat of arms and as center emblems of royal jewelry, therefore, if you have inherited a piece of jewelry with a lion symbol or you know someone wearing a similar symbol, feel free to ask around about its origin. You might be surprised by the results.

A person does not need to have any other relation to lions apart from admiration in order to wear a piece depicting the king of the animals. Simply, they can enjoy how the piece suits their style and wear it for the sake of fashion. Therefore, you do not have to subject to any type of prejudice and make false assumptions solely because someone wears lion jewelry. On the other hand, others enjoy putting gold lion jewelry pieces on their pets. In most times, cats are the ones to wear symbols of their further relatives, but some isolated cases oppose any reasonable explanations.

We hope that you have learned something new about lion jewelry and its meaning from the aforementioned pieces of information. Lion has been respected by humans since the dawn of mankind, so you can either choose to follow some of the already established beliefs about the king of the animals or create your own. One way or the other, wearing a piece of lion jewelry will not pass unnoticed wherever you might appear.

How Can you Tell if The Jewelry is of Good Quality 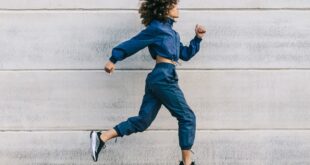 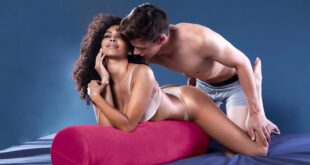 Can Adult Toys Be Addictive – 2022 Guide 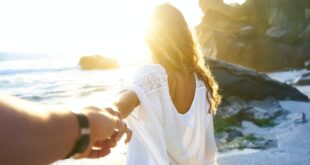