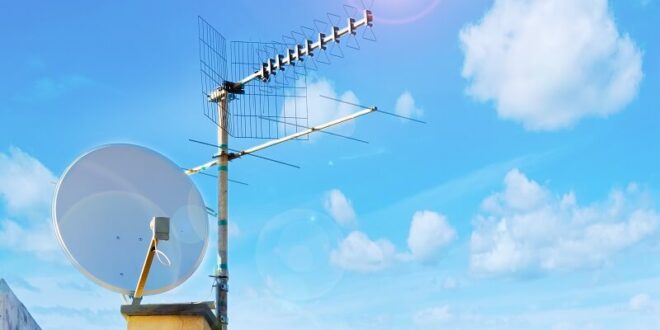 Can You Have Both Cable And Antenna At The Same Time?

Nina Smith November 9, 2021 Tech, Tips Comments Off on Can You Have Both Cable And Antenna At The Same Time?

Cable providers have a lot of channels available to you for viewing, however, they may not always be those that are near you. For this purpose, using an antenna would be preferable, however, the antenna only will not provide you with the diversity of channel choices you will receive with cable. In many cases, one of the best options is to connect both cable and antenna to your TV simultaneously. You have various methods of doing this based on your TV’s inputs.

Having an Antenna Connection

Afterward, you should grab the antenna cable and plug it into the antenna input. However, when the Antenna In input is a standard coaxial connection like the cable connection, so you might route a standard RG6 cable straight from the antenna into the TV. On the other hand, with an older type of screw terminal, you will require some kind of small adapter in order for it to match. For finalizing the TV antenna installation, simply select the “Antenna” option from the input menu displayed on your TV and let it start scanning for channels. Then, you should also do the same thing regarding the cable connection, in case you may not have done so previously. As soon as the scanning is complete, both the antenna and the cable will be up and running.

If you do not have an antenna connection

Things are way a lot more difficult in the absence of a standalone antenna connection. Actually, the situation is also more changeable, as you have many possibilities to overcome this disadvantage. When you have a set-top box to use with your cable, for instance, it may include an input for an antenna on its rear panel.

What’s even better, they likely come with a variety of outputs, to choose from, including traditional coaxial cable, to component video output – which are red, green, and blue connectors all the way up to HDMI as well as digital fiber optics. You may want to pick either of that more advanced output to plug your cable signal into the TV, and after that utilize the older cable connection for your antenna. Unless your TV comes with an integrated tuner capable of working in conjunction with the digital high-definition signal arriving from your antenna, in which case you may require a set-top box to do so. If so, run the cable signal into the cable input and hook up the antenna’s set-top box to a different input on your TV.

Hooking up to multiple TVs

In case you want to connect your TV antenna configuration to more than one TV, things get more complicated. It is possible to use a splitter/combiner to connect it to the cable going into your house, and thereafter have both sets of signals going to all your TVs, however, they will interfere with one another, the same as they would with a single TV. In most cases, installing two sets of cables is recommended: setting up one for the antenna and another for that cable itself. This may not be a huge issue based on the location of the channels you would like to watch from your antenna. For example, if you are only requiring inputs for your two major TVs, this will only be a minor additional work. It is possible to place an inside splitter at the point where the antenna cable enters and route the additional cable throughout your home, alternatively, you can place an outdoors splitter attached to the antenna itself and route the cables into your home at separate locations. It is more hassle to do it outdoors, however, you will have fewer cables to be hidden or tidied up in your house.

Unless you have a set-top box available for either your cable or antenna, you’re going to need to work a little harder. One way to do this is to use a signal splitter/combiner to merge your cable and antenna inputs together as a single input for connecting to your cable input. If you have a splitter around, then this is definitely something of a go, although it is not a perfect solution.

Anywhere an antenna channel crosses a cable channel, they’ll be interfering together and you’ll end up with a crappy image. Instead, using an A/B switch that allows you to use them separately is preferable. Indeed, you may find A/B switches that include remote controls to avoid standing up and switching over from the cable to the antenna manually.

If you need experts for the installation, visit https://mikeharrisaerialandsatellite.co.uk/sheffield-tv-aerial-installation/.

In case you only require the fundamental network television channels such as CBS, NBC, ABC, and a FOX affiliate, and you’re actually located somewhere close and not obstructed by mountains for that matter by a transmission tower, then you can receive High Definition (HD) in good quality signals, on many occasions superior to the signals supplied via cable. All you require is an antenna, and this shouldn’t be very costly, either. In many instances, whatever old analog TV antenna which you may have on your rooftop functions. At the very worst, you may be able to consider installing an amplifier or you may upgrade the antenna.

8 Things to Look for When Choosing an IPTV Provider 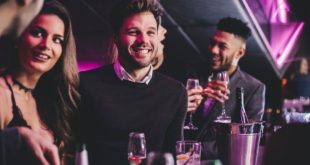